When I was at summer camp as a kid, I had a love-hate relationship with the chore chart. Every cabin had a paper plate wheel that matched up your name with a task that was part of cleaning the cabin. The tasks included things like sweeping, laundry, garbage, and table server at mealtimes. They ranged from the most desired (easiest) chore of holding the dustpan, to the least desired (grossest) chore of cleaning the bathrooms.

However, everyone’s favorite spot on the wheel wasn’t a chore at all – it was a free spot, which gave one camper per day a break to sit back and relax while others did the work. I’d like to think that taking a turn on the free spot was rejuvenating and good for my soul, though I know it didn’t necessarily improve cabin morale, it just made the other campers yearn for their free day.

A benefit of having a chore chart is that the cabin stays clean, but the point of it all is to teach responsibility and the value of combining our efforts for a greater good. Each one of us has a role to play. The Torah makes this point as well. The Levites had certain defined responsibilities to the people, as did the Kohanim and the other tribes. Every person’s job throughout our journey in the desert was critical to the survival of the Israelites. But what framework did the Torah provide as we moved forward after our nomadic period? How did the responsibilities change once we were living in a firmly-rooted and established society?

We arrive at this week’s Torah portion, Shoftim. In Parshat Shoftim, a section of Torah that focuses entirely on the legal system, we read the commandment to establish judges and officers. We also cover a list of punishments for violating certain mitzvot, and we learn about laws regarding false witnesses and murder.

“Thus blood of the innocent will not be shed, bringing bloodguilt upon you in the land that the Lord your God is allotting you.”

This is the final line in a conversation about the communal responsibility to ensure public safety for society. The Talmud in tractate Makot uses this verse to infer that society is responsible for public safety in all regards, such as keeping the roads safe and drivable.

In the chore chart of life, having every position filled and accounted for is what keeps things running smoothly. But here’s the key: the responsibility for public safety does not fall solely on the law enforcers or the justice system. You don’t have to work in sanitation to do your part by composting and recycling, and you don’t have to work for ODOT to report dangerous road conditions. We are responsible for safety. We each have a role to play.

On a related note, any tips for convincing my kids that bathroom duty is in fact the best job on the chart?

Baruch sh’amar v’hayah ha’olam, baruch Hu. Blessed is the one who spoke and the world was, blessed is He. These words open one of the central prayers of our morning liturgy. How fitting that each day begins with the reminder that the world was created as God’s mouth was opened, using words to bring into being the cycle of life that gives us life every day. I love this prayer for a number of reasons, but perhaps the greatest reason is that it reminds me daily of the power of words.

If God’s words have the power to create or destroy an entire universe, then surely our words too have the power to lift up or tear down each other’s worlds, since we all have a spark of the divine inside us. This is the lesson I try to hold with me as I open my mouth to speak or close my mouth to listen. We must be in tune with our words. How might they be interpreted by others? How might they lift up or destroy someone else’s world?

This week we read parshat Shoftim, in the middle of the book of D’varim, which outlines our legal system, the responsibilities of judges and prophets, punishments for witnesses, and more. It’s worth noting that the Torah recognizes that the legal system and those in charge of it must be hip to the times.

The text begins with chapter 16, verse 18: “You shall appoint magistrates and officials for your tribes, in all the settlements that the Lord your God is giving you, and they shall govern the people with due justice.” In other words physically, at the gates of our cities, we are to set a guard for the type of person we think would be an asset to our community. Taken metaphorically, according to a 16th century commentator, we must set guardians at the gates of our souls. The gate at our mouths guards against lying or speaking malicious gossip, the gate at our ears guards against being eager to hear malicious gossip, and the gate at our eyes guards against forming the habit of seeing the worst in others.

Judgement comes not only in the form of legal rulings, but also as we use our own minds to understand how and what we should be doing and saying in the world around us. Parshat Shoftim reminds us that our world – the cities, towns, and communities we are a part of – are built upon good judgement and how we treat one another. It is our obligation to be aware of the gates to our soul, the gates to creating a world in which we can work together to create, uplift, and celebrate.

Help! Why is it so hard for anyone other than the Beatles to ask for it? This too is Torah. 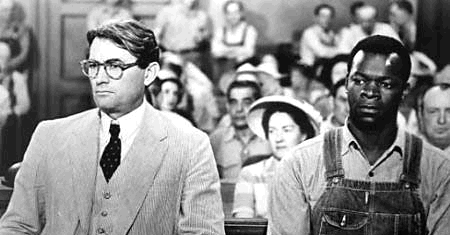 Or how about this scenario: you walk into a room during a conversation, and the first thing you hear sounds completely ridiculous or highly inappropriate. Just like the pause, it probably made total sense and seemed completely natural in the context of the conversation, but you weren’t present for the rest of the dialogue.

Context is key. So much of our lives and understanding of the world around us is about knowing the recent history of people, conversations, and events.  This is especially true in the legal world.

This week we read from parshat Shoftim, a section of Torah that completely focuses on the legal system, on justice, and on context.  This text includes the commandment to establish judges and officers, as well as a listing of punishments for certain transgressions against mitzvot.  We also learn about the laws surrounding false witnesses and murder.  The notion of motive comes to light as the Torah discusses the challenge in proving intent.

Chapter 17, verses 8-9 teach, “If a case is too baffling for you to decide, be it a controversy over homicide, civil law, or assault – matters of dispute in your courts – you shall promptly repair to the place that the Lord your God will have chosen, and appear before the levitical priests, or the magistrate in charge at the time and present your problem.”

Of note in this verse is the phrasing of “the magistrate in charge at the time.”  That is to say that the authority needs to know not only the law, but also its context in the society at the time.  The Torah is quick to teach that only a judge living in today’s world can understand how to apply the law today.

This holds true for conservative Judaism, which is based on the idea of tradition and change. The balance between the two is the beauty of our movement.  Our tradition and our practice truly rest on the fine line between Jewish law and the modernity of our world. Just this week, Rabbi Jeremy Fine of Temple of Aaron in St. Paul wrote an interesting piece for Jewish Journal about the dwindling number of traditional conservative rabbis. Whether or not you agree with his definition of “traditional,” at the heart of his argument is the truth that rabbis and congregants alike get out of our religion what they put into it. The conservative movement will not thrive without Jewish communities actively participating in their Judaism.

However, that same contextual perspective (the context lens, if you will) also reminds us that although we may know what is best for ourselves and for our families, it is not for us to judge others because we simply cannot know the entire story. Do you remember the perpetual moral compass of Atticus Finch in To Kill A Mockingbird?  The character sums it up perfectly in the third chapter, when he advises Scout, “You never really understand a person until you consider things from his point of view . . . until you climb into his skin and walk around in it.”

The Torah’s message is clear.  It is impossible to judge without fully understanding another person’s context, and even then it’s best left to legal professionals.  Our role is to live in our time, to make tradition, ritual, and mitzvot meaningful and relevant to the world in which we’re living.