When I entered rabbinical school, I was convinced that I was the right person to be an “education rabbi.” I never saw myself as a pulpit rabbi, thinking I didn’t have the stamina or disposition to sustain the rigors of pulpit work. I wasn’t sure I could do funerals or b’nai mitzvah with the grace, conviction, or authority as the rabbis I had grown up with, so I followed a slightly different path. I sought out positions in education and the day school world so I could work where I thought I would excel. Then four years into my rabbinate at a day school I had to decide if teaching middle schoolers was really my strong suit, but because I hadn’t been a full-time synagogue professional, I felt torn in different directions, neither of which seemed exactly right at the time. I was terrified of leaving the day school world I know, yet wasn’t sure synagogue life was right for me. Then I took a leap.

This week in our parshah, the Israelites follow a story not so different from mine as we enter into the final book of the Torah, Devarim (Deuteronomy). Devarim stresses the covenant between God and Israel and looks toward Israel’s future in a new land as they build a society that pursues justice and righteousness. The central theme of this section of text is monotheism, the belief in one God, and building a society around the laws we’ve been given over the course of the four previous books.

Moses has been the leader of the Israelite nation for the entire Exodus and origin of the nation. While he was the right person for that part of the job, delivering God’s message and inspiring with his own words, life in the land of Israel will be very different. As they arrive at this pivotal moment, Moses says, “I cannot bear the burden of you by myself.” Moses is aware that it is no longer the time for preaching and teaching of the new laws. It will soon be time for battles and conquering the land. Moses is self-aware enough to know this is not his strength as a leader.

As a day school rabbi, I quickly learned that I needed more expertise in the classroom. Of course this expertise comes from years of experience, so I sought out mentors and advisers and asked seasoned teachers to observe my class and provide feedback. But when that didn’t seem to improve my classroom comfort level, it was time to evaluate whether I was the right person for the job. Now, several years later, I’ve had the benefit of not only trying a different path and loving it, but also learning enough from my previous experiences to discover I even like teaching middle schoolers, just not when it’s all I do!

In life we all have endeavors in which we excel, as well as endeavors in which we might expect to excel, but for whatever reason don’t. The Torah this week reminds us that it’s never too late to switch paths or admit that a certain job might not be the right job. Just because you have a job that you think you might love doesn’t mean you’ll be successful at it. When it’s time to make that decision, may we do it with the strength and self-awareness of Moses.

A few year ago, the summer before Matan was born, we bought a new couch. Our old couch was still in great condition, but we expected, and rightly so, that a larger couch would better suit the needs of our growing family. We went and sat on many couches looking for the right balance of child friendly, clean lines, adequate seating, and comfort. We settled on a couch that was a sectional and included a chaise lounge.

Previously, my regular couch spot had been the corner of the sectional. Everyone knew this was my spot. But with this new couch, I had great visions of using the forward-facing chaise lounge to relax with my feet up, back straight, TV ahead. What happened? The couch arrived, and my grand plan to move to this new spot lasted only a few months after Matan’s birth. Back to my corner I went. After so many years in the same spot, it just didn’t feel right to move. The perspective was different, the cushions not squished just so, and it simply didn’t work.

As human beings we are hardwired to become creatures of habit. When we stay somewhere too long, or do something the same way long enough, it can be very difficult and even painful to make a change. The Israelites are acutely aware of this in our Torah portion this week, Devarim. Devarim stresses the covenant between God and Israel and looks toward Israel’s future in a new land as they build a society that pursues justice and righteousness. The central theme of this section of text is monotheism – the belief in one God – and building a society around the laws we’ve been given over the course of the four previous books.

The Israelites at this point in the Torah have been stationary for a bit. They have created camps outside the land of Israel and grown as a nation. They have become accustomed to this transient lifestyle, and there is some concern for how they will adjust to their new land. In Moses’s first discourse to the people, he begins, “The Lord our God spoke to us at Horeb, saying: ‘You have stayed long enough at this mountain.’” God understood the danger in the people growing too comfortable where they were, reluctant to move toward an unknown future.

A big shift can be scary, but our growth as an individual or community often requires a change. A growing family needs more space, just as a growing synagogue or school might. When we first got the new couch, I went back and forth in different spots for three months so that I could properly nurse and snuggle with Matan. It wasn’t a huge, life-altering change, but the discomfort of changing routine and losing my cozy corner was both physical and emotional. While living in the routine and within our (sometimes literal) comfort zone is easy, and even necessary at times, we grow and learn much more when we stretch into new, uncharted territories. Parshat Devarim reminds us that it is our job to keep moving, to search out the next challenge, and to overcome it together. Does that mean I’m giving up my spot? Not a chance. 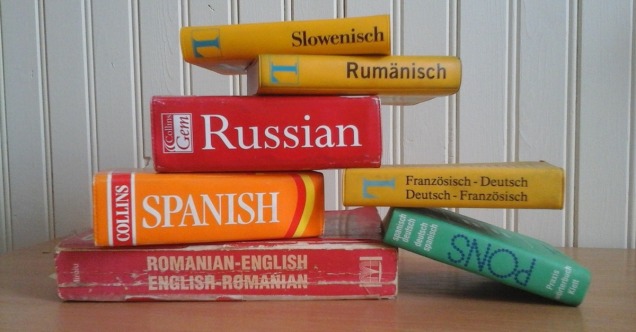 One of the hardest parts for me about spending time in Israel is the way my brain works with foreign languages. I am easily able to understand Hebrew in written or oral form, but when it comes to actually speaking the language, sometimes I’m at a loss. I stumble over conjugation, I can’t access words I know I’ve learned, and I turn into a one or two-word answer girl.

Languages are just not my strong suit. I had the same trouble with Spanish in school. My teacher promised to pass me out of Spanish 4 as long as I promised not to take Spanish 5. Language – how we communicate with one another – is of the utmost importance in our world. It can be frustrating not to understand what someone is asking of you, not just person to person, but in a larger, global sense as well.

This week in our parshah, we enter into the final book of the Torah, D’varim (Deuteronomy). D’varim stresses the covenant between God and Israel and looks toward Israel’s future in a new land as they build a society that pursues justice and righteousness. The central theme of this section of text is monotheism, the belief in one God, and building a society around the laws we’ve been given during the course of the four previous books.

In chapter 1, verse 5 we learn: “On the other side of the Jordan, in the land of Moab, Moses undertook to expound this Teaching.” What was Moshe expounding? Hadn’t he been sharing the Torah all along the way? The Sfat Emet teaches that Moshe went on to interpret the Torah in many languages so that future generations of Jews in many lands would have access to it in terms that they could understand. The Torah is written in lashon kodesh, in Hebrew, as that is the “holy tongue,” but right here we learn that the most important piece is not the language in which it is written, but the language we use to understand it.

The Torah keenly picks up on the notion that we are better off when we engage with one another on and with terms and languages we share. Whether that means changing your wording and trying again with a toddler, or exercising a little more patience in conversation with someone who speaks a different language literally, culturally, or politically. We have a Torah imperative to understand one another, though it may not always be easy.

One of my favorite scenes in Fiddler on the Roof is when Tevye and Golde sing their duet “Do You Love Me?” It’s a moment of pure honesty when Tevye questions the state of their marriage after all these years. This kind of emotional check-in is natural; it’s a part of continuing to build a relationship and partnership together. Do you love me? Do you like me? Are you mad at me? These moments happen all the time, perhaps because we’re questioning our own emotions and therefore seek to validate them.

This week in our parshah, we enter into the final book of the Torah, Devarim (Deuteronomy). Devarim stresses the covenant between God and Israel and looks toward Israel’s future in a new land as they build a society that pursues justice and righteousness. The central theme of this section of text is monotheism – the belief in one God – and the summation of the laws we’ve been given over the course of the four previous books.

Chapter 1, verse 27 reveals the Israelites’ conversation with Moshe: “It is because the Lord hates us that He brought us out of the land of Egypt to hand us over to the Amorites.” Though their theory is incorrect, it’s understandable that the Israelites would express this concern. They’ve been moved out of the only land they’ve ever known. They’re scared, and so they blame their fear on God instead of reflecting rationally on the situation.

In fact, Rashi interprets this line as “If God really loved us, God would have given us the land of Egypt and sent the Egyptians into the wilderness.” Their fear blinds them to the possibility that, as difficult as the journey has been, it is because God loves them that they left Egypt. In other words, because I love you I’ve given you the chance to grow, change, and build a whole new nation.

“Do you love me?” is mostly a rhetorical question in the musical. We know they love each other. Sometimes we ask questions when we already know the answers, and as our parshah teaches, this validation is often all we need. Even Tevye and Golde acknowledge: “It doesn’t change a thing, but even so, after 25 years it’s nice to know.”

With two similar experiences (like having two children, for example), it’s human nature to draw comparisons. But it’s those differences that make both of the experiences unique and special.