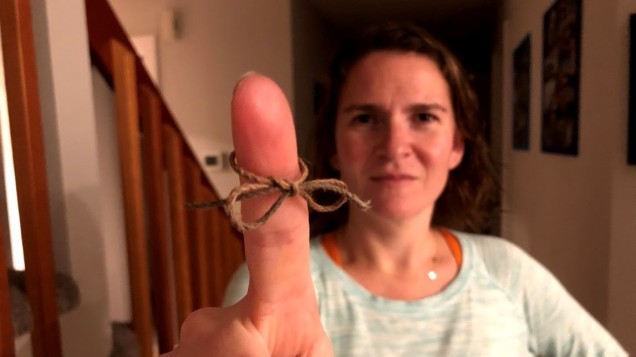 There are certain memories that I not only hold on to, but ones I sometimes feel hold me back. The broken heart after the end of my first true love left me afraid to trust and love again for some time. The feeling of failure when I didn’t get into a school I had my heart set on held me back from going for my dreams for several years after. One of the hardest lessons to learn is how to let go, and it’s something I’m still working on. Part of it might be my hyperactive memory, but I tend to hold on to grudges and remember not just what someone did but also how they made me feel. Sometimes those residual feelings we remember hold us back from healing, which makes it that much more difficult to move forward.

We see memory play a large role in the lives of our biblical leaders. So much of how they react in specific situations hinges upon what has happened to them in the past and how they have held on or let go of that experience.

Our parshah this week, Miketz, brings us back into the story of Joseph. We pick up in part two of the life and trying times of Joseph. Our hero has had a few setbacks, among them being sold into slavery by his brothers and thrown into jail. However, Joseph gets his big break when Pharaoh has a startling set of dreams. When none of Pharaoh’s resident magicians are able to interpret his visions, Pharaoh calls on Joseph, and with God’s help, Joseph translates the dreams as a sign of an approaching period of fertility followed by a period of famine. Joseph presents Pharaoh with a game plan and becomes Pharaoh’s right-hand man in preparation for these times that will certainly be difficult not only for Egypt, but also neighboring lands.

In the midst of his time in Egypt, Joseph gets married, and he has two children, Efraim and Manasseh. The descriptions of their names comes in chapter 41, verses 50-52: “Before the years of famine came, Joseph became the father of two sons, whom Asenath, daughter of Poti-phera, priest of On, bore to him. Joseph named the first-born Manasseh, meaning, ‘God has made me forget completely my hardship and my parental home.’ And the second he named Ephraim, meaning, ‘God has made me fertile in the land of my affliction.’”

The name of his first son, Manasseh, might seem strange, considering that he clearly did not forget the hardship of his parental home, which we see when he meets his brothers again in the next parshah. Instead, perhaps he is saying that while he remembers, the memory no longer oppresses him. In other words, Joseph has taken the lesson of his family hardship and learned from it so that he could move forward. He hasn’t forgotten the events, but he has put aside enough of the feeling of those events to move on.

Joseph reminds us that even when we live through the unimaginable, we have the ability to grow from it. On the other hand, when we let our memories oppress us, we’re letting the perpetrators win. Instead, sometimes we have to find the will to free ourselves from the part of the memory that’s holding us back and the wisdom to be aware of it in the first place.