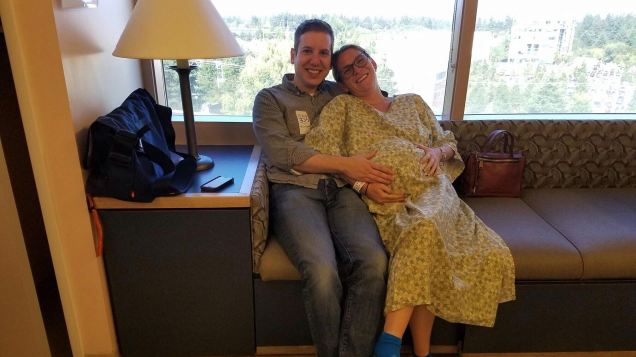 I’ve written about naming and the meaning of names before, but it seems it keeps catching my eye in various places in the Torah. I always recall how we named our two children. With our daughter, we had a few good alternatives, but Shiri was our favorite girl’s name. For Matan, it was a little different. Most of you know that his English name is Max, and his Hebrew name is Matan (meaning “gift”). But we never actually use his English name. You see, for both children we were more certain about the girls’ names than the boys names we picked, but we didn’t know if Matan would be a boy or a girl. Although “Max” was a top contender, it somehow didn’t seem to match as perfectly as we hoped when Duncan had to tell the hospital his name after he was born. Even at his bris I wasn’t so sure about it, and by the time we did realize that we were calling him Matan instead of Max, it was past the time when it would have been easy to legally change it. Despite the fact that filling out medical and other legal forms is somewhat complicated now, saying his Hebrew name each day is still a delight and joy to remember how incredible this gift is.

Names convey an identity in a couple of ways, including how we relate to family members as well as to our religion. As you probably know, the Torah is full of examples of how religion influences names. Think of the changes of Avram to Avraham, Sarai to Sarah, Jacob to Yisrael. Moshe gets his name because the Hebrew root means to be drawn up as he was drawn out of the water.

This week we read Parshat Shlach Lecha and the story of the spies. The parshah begins with Moshe sending 12 spies, one from each tribe, into the land of Cana’an to bring back an accounting of the land. The spies return with their report, and it’s pretty discouraging. Two spies report back with a positive message, but the negativity of the other ten reports instills so much fear into the nation that they decide they do not want to make the journey into the promised land after all. This infuriates God, who then decrees that anyone who went out from Egypt at age 20 or older will not be allowed to enter the land of Cana’an. This generation will purposefully die out so that a new generation, unfettered by the destructive mindset of their predecessors, can start anew.

We tend to think of Joshua as the hero of the story because he was one of the two spies who returned with an honest, unexaggerated report of the land. However, in the list of the spies we’re given in chapter 13, verse 16 it says, “Moses changed the name of Hosea, son of Nun, to Joshua.” By adding the letter yud, the meaning of his name becomes “God will save.” Rashi interprets this change to mean “May God save you from the malign and influence of the other scouts.”

As early as the Torah, we’re given this lesson that perhaps there’s something more to a name than just an identifier. We have the power to change them, and sometimes they have the power to change us. In Judaism we have a beautiful tradition of changing the names of our loved ones in times of trauma by adding “chayim” (life) to strengthen that person with life. Imagine if we always interpreted the sound of our names being spoken out loud as very short, individual blessings bestowed on us by others. Imagine how much strength would that build. Shabbat shalom.