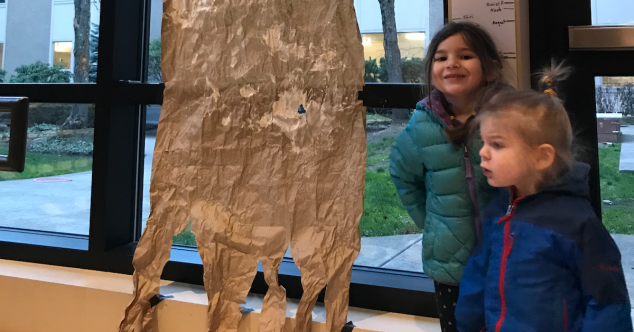 As a parent of young children, I live in a world of contradictions. I always have two simultaneous thoughts running through my head: I want my children to remain in the stage they are currently in forever, and at the same time I want them to move out of this terrible phase and mature already. And it never fails; the minute they’ve reached a new milestone, I go through the same emotions again.  Sleep through the night? Sure, but then I miss those sweet, intimate snugly moments at 3 a.m. when nothing else matters. Get yourself dressed? Wahoo, except that also means relinquishing control over what outfits get put together.

A popular way to examine the relationship between God and the Israelites is as that of parent and child, and the notion of stages of growth fits that comparison perfectly.

When they found themselves in Egypt, naturally they were unhappy as slaves. The minute they were free, the harsh realities of that freedom made them yearn for the comfort of what was familiar.

In Parshat Beshalach we read:

As Pharaoh drew near, the Israelites caught sight of the Egyptians advancing upon them. Greatly frightened, the Israelites cried out to the Lord. And they said to Moses, “Was it for want of graves in Egypt that you brought us to die in the wilderness? What have you done to us, taking us out of Egypt? Is this not the very thing we told you in Egypt, saying, ‘Let us be, and we will serve the Egyptians, for it is better for us to serve the Egyptians than to die in the wilderness’?”

This tendency is human at a basic level. No situation, no moment in time is going to be without its own harsh realities. In reading about this phase of the Israelites’ journey into freedom, we are reminded to take a step back and reflect as objectively as possible before proceeding. We can attempt to wish away the phase, or we can set about doing the work necessary to change the reality into something better.

Does that mean I won’t long for the days of easier airplane trips and reliable nap schedules? Of course I will, but I will do so knowing I made the most of each phase to prepare myself for the next one.