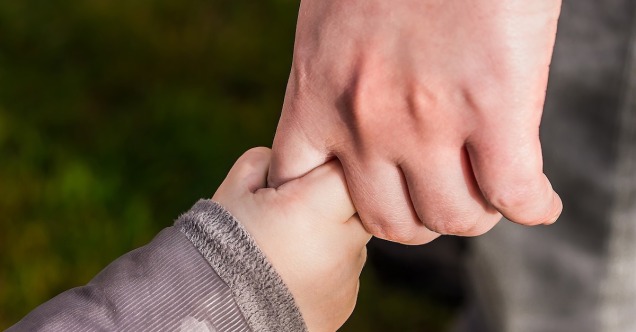 There are times when I feel like I’m floating in a chaotic abyss. These are usually moments when there is so much going on that I don’t have time to sit down, take a breath, and center myself on the work I need or want to do. Or I feel like I haven’t seen my kids for days, and my relationship with Duncan feels like it’s made up entirely of texts and online chat sessions. In a way these times are helpful, because they encourage me to actively devote time to hunker down with the family, snuggle up tight, and share a few special “I love you” moments before heading back out to face the world again. Sometimes it’s the sacrifices we make that actually bring us closer.

The idea of returning to our close communities, our families, and our core selves is essential to maintaining focus, and it’s as old as the Torah. This week we read Parshat Vayikra, the first portion in the third book of the Torah. This book is filled with rules and laws about gifts we should be making to God: gifts of well-being, gifts of thanks, gifts of apology. It also has within its chapters the text known as the Holiness Code, which directs us in how our relationships with others should be created and managed. But the first portion of the book, which we read this week, focuses mostly on the types of offerings we will make to God as both individuals and a community.

The idea of sacrifice seems foreign to us, given that we don’t sacrifice animals these days. However, sacrifice in the Torah is anything but foreign or even negative. The Hebrew root for the word sacrifice is karov, which literally means “to bring close.” A sacrifice is meant to bring us closer, a gift to be given and received. It’s not some kind of bribe. The only purpose it serves is to build a relationship.

Understanding this notion of karov, of coming closer through the giving of ourselves, reminds us that there is a greater purpose to the personal sacrifices we make. In the same way that an animal sacrifice was designed to build a closer relationship with God, a sacrifice of time or money or energy is because of our devotion to those we’re sacrificing for. Something to think about the next time things start to seem a little too chaotic again.