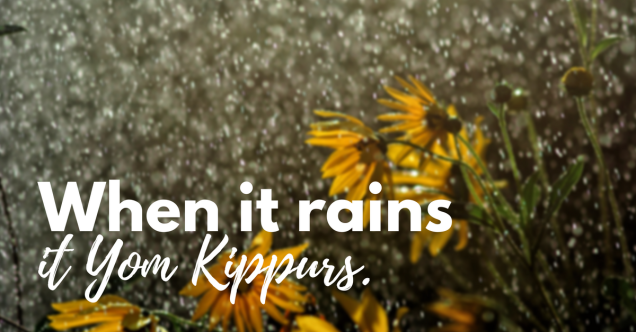 I’ve been staring at the edge of the water

Long as I can remember, never really knowing why

I wish I could be the perfect daughter

But I come back to the water, no matter how hard I try

Ready to sing with me yet?

Every turn I take, every trail I track

Every path I make, every road leads back

To the place I know where I cannot go

Where I long to be

If you haven’t heard the soundtrack to Moana, I highly recommend it. The music is by Lin-Manuel Miranda, so what’s not to like? Sadly I haven’t seen Hamilton yet, but if it earns me any street cred, I’ve been a fan since In the Heights.

When it comes to the movie, I was late to the Moana fan club. I don’t usually succumb to the movie musical hysteria at all, but with a four-year-old in the house, it was inevitable. And surprise – I found myself deeply moved by the lyrics and the storyline, especially the theme of the power, mysteriousness, and beauty of water. The ocean is actually a silent character in the movie. If you want to compare it to other Disney films, water plays sort of a Jiminy Cricket/Fairy Godmother type of role. You might describe it as a gentle, guiding conscience.

This got me thinking. Few things symbolize Yom Kippur quite like our relationship – as Jews – with water. Water is actually used in many ways in Judaism, from something as simple as ritual hand washing, to something as powerful as the Israelites crossing the Red Sea, marking their transformation from a tribe of slaves into a free people.

However, the two most prominent uses of water deal with our rebirth into a new stage of life via the mikveh, and our physical body’s final earthly experience with taharah, the ceremonial cleansing of a body before burial. Death and rebirth. In a sense, they are opposites, but this cycle is the essence of Yom Kippur.

In Jewish tradition, the body (met or meta) is never left alone from the moment of death until burial. Shmira is the ritual guarding of the met/meta during this period. In ancient times, the guarding of the body served as physical protection from predators and desecration. In our day, when physical protection is not as necessary, shmira serves the spiritual purpose of guarding the soul. It has been said that when the soul, neshama, departs from the body it has been united with for so many years, it yearns to return to the body, and so must be comforted.

In Jewish tradition, we come into the world pure and are to leave it pure. Tahara is a purification ritual for both the body and soul (neshama) of the deceased. We know this practice goes back at least to its codification in 1626, and the essential form of the tahara is similar throughout the world. It’s performed by three to four members of the Chevra Kadisha  or Chevra Kavod HaMet in our community who are the same gender as the person who has died.

It’s a very intimate process. After initially addressing the deceased by name, the designees then wash the body from head to toe as corresponding verses from the Song of Songs are read. For example, as the head is washed, one recites:

His head is like the most fine gold; his heaps of curls are black as a raven.

And as the body is washed, one recites:

Her body is as polished ivory overlaid with sapphires.

Next is the pouring of purification water over the body, preceded by a quote from Rabbi Akiva, which in part says:

And I will pour upon you pure water and you will be purified of all your defilements and from all your abominations I will purify you.

Using pitchers, water is poured in a continuous stream over the entire body, while simultaneously saying, tahora hee (she is pure) or tahora hoo (he is pure). The met/meta is then carefully dried with cloth and, following a concluding prayer, is ready to be dressed in the ritual garments.

These acts of tahahra ensure that each individual is treated as equal and the same. And there is a striking parallel to our experience on Yom Kippur. Though we live on and mature and grow older, the yearly cycle dictates that the previous year must, in some way, die. TV writer Megan Amram always uses the same joke on Twitter every secular New Year’s Eve. It says “R.I.P 2016” and then in parentheses, in classic headstone style, “2016 to 2016.”

Kol Nidre is, in a sense, the final purification of the year as we wrap ourselves in traditional garments and use our beautiful liturgy to cleanse and guard our souls.

Our other primary water-based ritual, immersion in the mikveh, has its own parallels to the holiday.

Ritual immersion is an ancient part of Jewish tradition, noted in the Torah and in later rabbinic commentaries. Today, there are only a few cases where immersion is still designated as a mitzvah, or an act required by Jewish law: for those converting to Judaism, for brides, and for women observing niddah, which is the practice of immersing monthly following menstruation.

But the mikveh has also been used for other purposes throughout Jewish history. For example, it was used by men prior to Shabbat and other holidays and by women in the ninth month of pregnancy. A mikveh is so important that we just built a beautiful, new community mikveh as a partnership between the Jewish Federation of Greater Portland and the Oregon Board of Rabbis for our community called Rachel’s Well.

Happy are you, Israel! Who is it before whom you are able to cleanse yourself and become renewed? And who is it that renews you? It is your God, as it is said: I will pour renewing water upon you and you shall be renewed. And it further says: O hope (mikveh) of Israel, O HaShem – just as a mikveh cleanses, so too does He, Holy One, blessed be He, cleanses Israel.

Mikveh is a fascinating Jewish ritual. It’s a relatively brief experience, yet it is intended to symbolize and even bring about profound change for the individual. The mikveh pool recalls the watery state that each of us knew before we were born; the ritual of entering and leaving mayim chayim, living waters, creates the time and space to acknowledge and embrace a new stage of life.

So too, Yom Kippur is a relatively brief moment in time, a short 25-hour blip in the year. Yet during this short time, the splendor of the liturgy and the heightened awareness from fasting are meant to bring about momentous change. We are reborn; our souls are refreshed. In a time when cleanses are still the rage, this is the ultimate cleanse, a cleansing of body and mind.

I could spend an entire sermon comparing death and rebirth in Judaism – there are seven steps into the mikveh and seven days of shiva, and in each case we are naked and vulnerable – but I keep coming back to this one aspect.

The funny thing is I am a terrible swimmer, yet I love being in and near water. You can tell from old home movies my mom has that I clearly loved bath time. Those will not be posted on the Neveh Shalom Facebook page, in case you’re curious.

Water has just always drawn me – except for my time in Dallas, every place I’ve lived has had relatively easy access to large bodies of water. It has been a source of calm, of comfort. Whether it’s a refreshing shower after a long walk or a summer rainstorm, I love it.

And, perhaps not so coincidentally, Yom Kippur has long been one of my favorite holidays. In both cases, there is something about the majesty and the power, both creative and destructive. In the case of water, you don’t have to reach any further back than the last few months, when we saw how destructive water and wind together can be. At the same time, water is essential to creation; we must have it to survive, and it’s one of the keys we look for to try to determine if there’s life elsewhere in the universe.

Yom Kippur, our day of atonement, is in its own way both creative and destructive. As we see the past year destroyed and put to rest, the new one is created. It is both uplifting, bringing us to the highest high of the year, and purposefully, excessively humbling.

May we use this brief moment in time to tap into – pun intended – the essence of the holiday. For this is our most naked and vulnerable celebration. There are no decorations on Yom Kippur. There is no sukkah, no etrog. No grogger, no spiel.  No dreidels, no candles, except for that of Yizkor, the flame of memory. There is only this moment right now, pure as water. G’mar hatima tova.