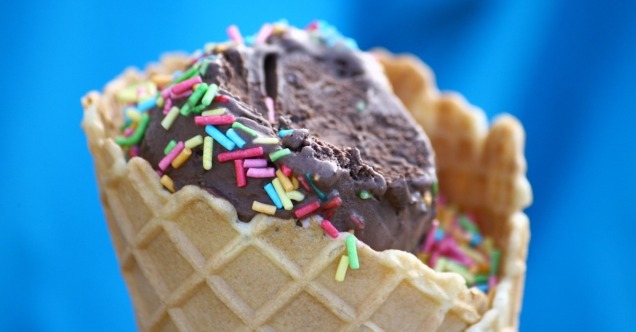 It doesn’t take much to convince me to take a taste of anything chocolate, even if I’ve made a promise to myself to eat healthier. The same goes for French fries and ice cream. Basically, anything that isn’t healthy for me, but is extremely delicious, leaves me powerless. Too often I end up caving to the craving.

Sadly, I got stuck in a spiral of poor eating choices years ago. This behavior left me with an unhealthy weight, clothes that didn’t fit, and a genuine fear of my genetic predisposition of diabetes. I had tasted the joy of giving in to temptation and then faced the consequences. That’s when I began a plan of attack at getting healthy. Over the course of two years, I lost 50 pounds and learned about moderation and exercise in the process.

As with so much in our lives, balance and moderation are key. The Torah is full of stories of leaning too far to one end of the spectrum or the other. What if Cain had tempered the anger and rage against his brother Abel? What if the Israelites exhibited patience and trust in the wilderness rather than building the golden calf? Of course you could argue that perhaps then we wouldn’t have these great moral lessons to teach.

In chapter 6, verse 10 we learn about the purification offerings and the reparation offerings. They are specifically referred to as “most holy.” It is interesting that the offerings that are meant to remedy a mistake, to heal an overindulgence, or to make amends for a wrongdoing are considered the most holy. The commentary teaches that a greater degree of holiness is ascribed to the person who has struggled with sin and overcome it than to the person who has never been tempted.

Is an occasional sweet treat ok? By all means. Are mistakes allowed? Of course. We’re not perfect, we make mistakes, we cave to temptation, we misstep. As far back as the Torah we learn that temptation is not only natural, but expected. We are expected to slip because how we learn from the slip determines how we move forward.