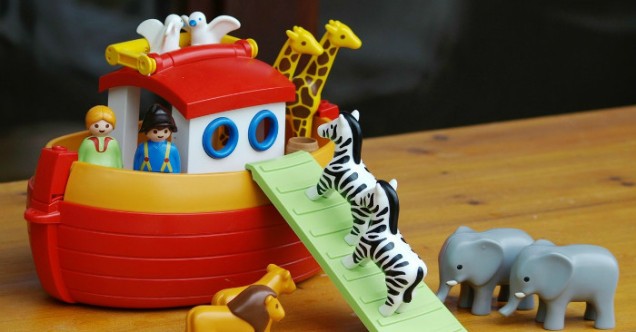 Now that Shiri is reaching the true height of toddlerhood, we have a whole new dynamic going on in our house.  Shiri is Miss Independent and wants to do things all by herself.  This initiative is often helpful. She now feeds the dog regularly, takes off her own coat, puts things in the garbage, and cleans up her toys.

However, sometimes she comes across a task that is beyond her current mental or physical capabilities.  While it would be lovely for her to open the fridge and take out and pour her own milk, she just isn’t tall or strong enough to do it.  Naturally, I intervene by starting to take the carton out myself. That’s when I hear, “No, no, no!” and screamy Shiri has reemerged.  She has switched on her mode of “I do it.”

I don’t blame her for wanting to do more. Shiri, like all of us, loves the sense of accomplishment she feels when she successfully completes a task.  And while I don’t love the screaming and complaining, I do love her independence and admire her desire to take ownership of her world.

Taking ownership of our actions is an essential theme throughout the Torah.  We start with Adam and Eve figuring out how to own their actions when they disobey God. We are similarly confronted with ownership of choices as Cain responds to God, “Am I my brother’s keeper?”  The first parshah of the Torah, which we read last week, focuses intently on the importance of owning our actions and decisions.

It is no surprise that in this week’s parshah, Parshat Noach, we are again faced with a society in need of a similar ownership over action.  Parshat Noach details the misbehaviors of the people who inhabit the earth.  We read about Noah as a beacon of hope among the despicable people of his town.  God instructs Noah to build the ark, put the animals on it, and escape destruction under God’s protection during the flood.  Noah’s story is capped off with a covenant between God and mankind to never again destroy the world, but the beauty of the rainbow is quickly tainted as we learn of the misdeeds committed by a new mankind in trying to reach up closer to God.

The story of Noah brings to light many questions about God’s actions and innate human behaviors.  Notably, why did God command Noah to build an ark and save himself, when surely our all-powerful God could have intervened directly and saved Noah, his family, and all the animals.  The Tanchuma suggests that perhaps God hoped the construction project would serve as a warning, moving onlookers to contemplate their actions.  Or perhaps Noah needed to participate hands-on in his own salvation in order to help save and rebuild mankind.  After all, doing is often the best way to learn.

Reading this narrative we see a fledgling society, deep in their “toddlerdom” if you will. Like my sweet Shiri, Noah and the people need to do it themselves in order to feel a sense of accomplishment.  As a parent, it’s easy to swoop in and help out our children when they’re frustrated, but perhaps their do-it-myself reaction stands as a reminder that we should act as God did and allow some (safe) trial and error.

This week, let us consider the ephemeral nature of the rainbow. The sign of the covenant is fleeting, but the rewards from keeping promises and owning up to our actions leave a lasting mark.