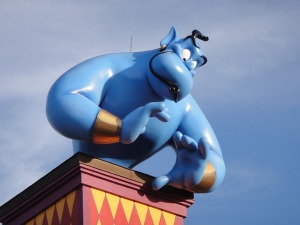 This week, we read parshat Shemot, the first portion in the second book of the Torah. It’s named Shemot (names) because the text begins: “These are the names of the sons of Israel who came to Egypt with Ya’acov, each with his household: Reuven, Shimon, Levi and Yehudah, Issachar, Zevulun and Binyamin, Dan and Naftali, Gad and Asher. All the descendants of Ya’acov were seventy persons; and Yosef was already in Egypt.”

Many commentators question why the text begins by telling us not only that the sons of Jacob went to Egypt, but that it lists each name individually. Why the roll call? It reminds me of the “In Memoriam” section from an awards show. The tribes, the brothers, have lived their lives and are remembered, and the community has gathered together after a shift in location to once again look back on those who gave them comfort, those whose stories brought them laughter and tears, and those whose life lessons they have taken to heart.

Who are the bright stars on your list? Is there an entertainer or a public figure or an athlete whose absence diminishes the light in your own life just a little bit? Among last year’s “list” were two particular losses that especially affected me: Robin Williams and Joan Rivers. They were two people who brought me laughter and taught me some of life’s greatest lessons. The Genie in Aladdin taught me all the wishing and hoping in the world doesn’t change who you are inside – that’s up to you. Mrs. Doubtfire taught me about teshuva, about righting the wrongs of the past to make a better future. Joan Rivers taught me to laugh at myself, and to be proud of who I am. She was a pioneer for women in comedy and stood her ground in the face of many haters.

What are your names? What names recall lessons learned or milestones marked?

This past summer I spent time converting the VHS tapes of shows and personalities I grew up on into DVDs. Thank goodness my mom saved these so I could share this magic with my daughter. As I watched parts of each episode in real time during the transfer, it was as though I was back to being six, watching my “friends.” Everything was all right – young and innocent.